I'm moved to write this by this blog piece from the States.  I comment 'be careful what you wish for'.  Why? 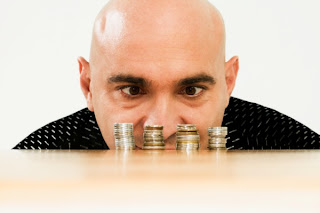 The UK government announced some time ago that it was going to insist that academic research was made open access.  Open access sounds like a great idea and - in principle - it is.  Using this sort of vocabulary is doubtless a sure-fire way of getting people outside academia to support it.

Many journals charge exorbitant prices for on-line access to their articles; the authors, editors and peer-reviewers of said articles get paid nothing for their work but are compelled to participate by the usual demands of academic life, so it's a pretty good situation for the publishers.  Now, it must also be said that publishers do invest in the printing, presentation and marketing of the journals and thus spend money on the diffusion of learning.  Thus it's reasonable for them to want to make a return on that investment.  Whether the sums they actually make are justifiable is quite another issue.

What the UK government wants to do is to pass the costs of instantly-available on-line publication on to the authors of the articles themselves.  A conservative (ahem) estimate of the costs is £1450 per article.

There are considerable drawbacks to this (of which more anon).  But one might also like to ask the following questions:

Already a raft of dubious journals has appeared, hoping to make money out of the government's proposed reforms.  You can read a list of these here.

Pressure on publishers to reduce significantly the costs of on-line access to journals and articles, especially pressure to reduce such costs - seriously and incrementally - in line with the date of the journal/essay, would be a far more reasonable way of ensuring public access to funded research.

Past experience does not, in any case, suggest that publishers will seriously reduce their charges for on-line access.  Once again, the UK government is acting simply to provide more money to their friends in business, albeit under a smoke-screen of liberal-sounding 'public access'.  As is so often the case, this is a 'useful hard science' model into which everyone else is being shoe-horned.  Or - and I suspect that, as with Impact, this is more likely to be the case - it is what is thought to be a 'useful hard-science' model, which in fact 'useful hard scientists' don't like very much and are as opposed to as much as anyone else, into which everyone is being shoe-horned.

As it is, Willett's proposals run a very high risk of reducing the quality, quantity, range and freedom of academic research in the humanities.


I have been critical in the past of the Royal Historical Society's fence-sitting with regard to past developments and policies, such as Impact or the AHRC's move towards prioritising funding into Cameron's spurious 'Big Society' non-idea.  But Colin Jones, out-going president of the RHS, has written an excellent open letter on the subject which very clearly sets out the dangers to the academy (and thence to the public who might be interested in the results of its research).  This touches on a whole range of other problems I haven't mentioned.  You could (and should) read it here and should circulate it as widely as possible.

Posted by Historian on the Edge at 19:11