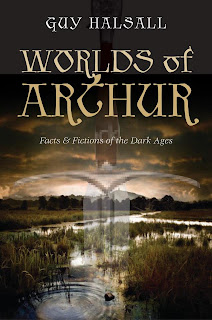 Some nice words from James Palmer (of the University of St Andrews) on the subject of my book can be found here.  I think he's very satisfyingly got the point of what I was trying to do and why it matters.  There are some nice reviews, too on Amazon and US Amazon (although, since they don't pay their taxes and do employ thugs, I feel I should urge you to look elsewhere for your copy - best of all support your local bookshop) and one by Dan Jones in the Sunday Times (but that, being a Murdoch paper, operates a pay-per-view system so I can't link to it).  There's also a positive review in the new BBC History magazine by Ryan Lavelle (Univ of Winchester), who opens with the thought that the cover may head the list for the 2013 prize for the most misleading book-cover of the year. Ha!

For an alternative view, as they say (usually before citing something I've written), Google Books has two reviews that give it a bit of a caning.  Tedious indeed...
Posted by Historian on the Edge at 14:31