Now, why could it be that the Mail doesn't like Ralph Miliband?

The Daily Mail supported the Nazis.  Ralph Miliband spent years in the Royal Navy fighting Nazis.  Why then could it be that the Heil claims Miliband hated Britain?  Here, via Tom Pride, is a suggestion.

See also the pic below, of an article by the Heil's founder, Viscount Rothermere.  Note it claims that supporting the Fascists is not contrary to a British national spirit.  Well, Ralph Miliband certainly didn't like Fascists.  Ergo, in MailWorld, he must have been shortsighted and not have loved Britain.  QED, I suppose. 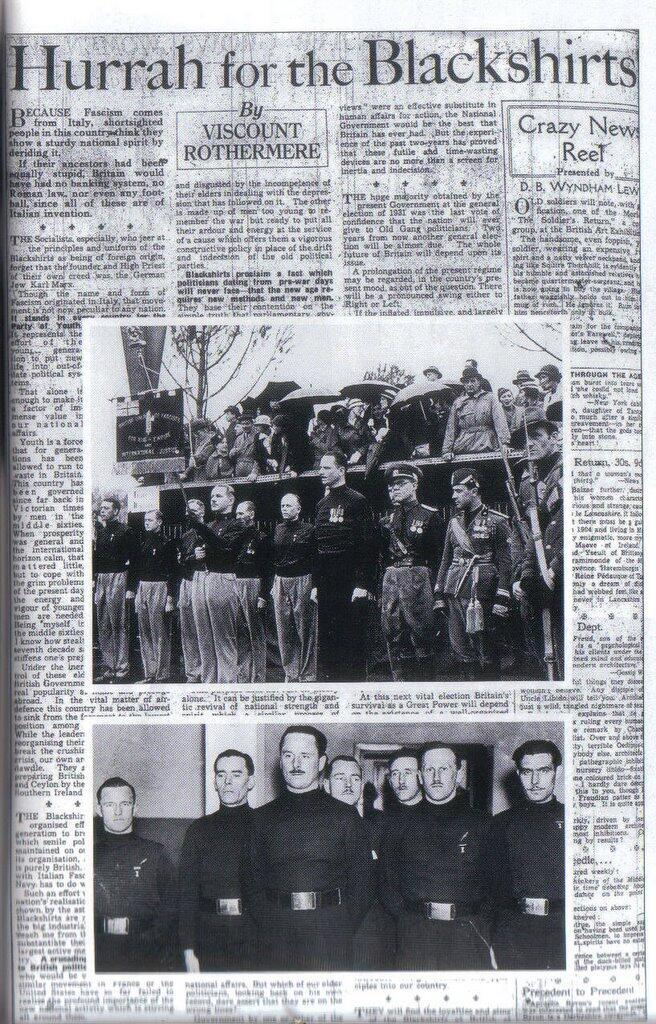 Of course the nasty party responded as you'd think: here.  Ralph Miliband was no friend of the free market.  No shit, Sherlock. Marxist hates free market; bears shit in woods.  How does that make him a hater of Britain?  When one reads the bigoted bile spewed forth every week by the Heil (whose owner lives abroad for tax reasons) one can and should ask who really hates the people of Britain.
Posted by Historian on the Edge at 09:21